Bans introduced by Russian control bodies on supply of Ukrainian foods can accelerate the entry into force of the free trade regime of Ukraine with the EU.

“A condition for postponement of coming into force of the economic part of the Association Agreement with the EU was Russia's commitment to leave in force the free trade regime and the non-use of banned non-tariff protection methods. However, there is, at least small, possibility that the Russian Federation will fail to keep the word, and therefore we must be ready that the FTA regime with the EU will not start from the beginning of 2016, but earlier,” he explained.

Answering a specifying question, Piatnytsky said that a reason for the early implementation of the economic part of the Agreement will be taking a resolution by the Russian government about rising customs duties for Ukrainian goods.

At the same time, he does not rule out that the preterm beginning of the free trade regime with the EU may be a response to numerous bans for supply of Ukrainian goods, taken by Russian control bodies. “I do not rule out this development of events,” the Acting Minister said.

ЧИТАЙТЕ ТАКЖЕ:
» Agreement between Russia and Abkhazia caused serious concern in Tbilisi
» EU leadership not to meet with Putin at G-20 summit
» EU: Russia has to meet its Minsk Protocol obligations
» Van Rompuy: Putin said Donbas is part of Ukraine
» West ready to fund Ukrainian GTS
» Russia may impose sanctions on alcohol and tobacco from the EU and the US
Оставить комментарий 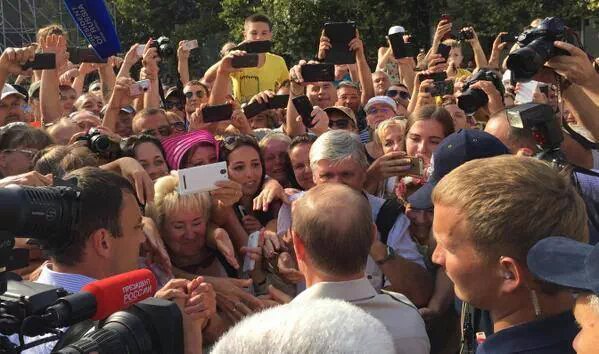