The Netherlands returned the Scythian gold and Sarmatia treasures to Ukraine

The Netherlands returned the Scythian gold and Sarmatia treasures to Ukraine: 19 exhibits are presented in the Museum of historical valuables of Ukraine in Kievo-Pecherska Lavra monastery, informs the museum manager Ludmila Strokova. The Skythian gold remained in Amsterdam for three months after the end of the temporary exposition “The Crimea - Gold and Secrets of the Black Sea” back in May. The delay was related to the conflict aroused after the annexation of Crimea: both Moscow and Kiev were claiming their rights on the collection.

As VNews informed earlier, the end of the temporary exhibition run out on the 31st of August. In September the exhibition was planned to be returned to Ukraine. “On the 1 of September the staff of the National Historical Museum  will arrive to Amsterdam to de-install, pack and send the exposition to Ukraine. Legally the return of 19 main exhibits is settled”, said Svetlana Fomenko.  She also pointed that “when we speak about Scythian gold, we mean exactly these 19 items: the Scythian helmet and sword are the core exhibits of the exposition”. The National Historical Museum of Ukraine in Kiev will keep the collection, since it has all necessary equipment to preserve and demonstrate the exposition.

Svetlana Fomenko also noted that on the 20th of August the archeological Museum of Allard Pierson, where the exhibition was presented, made an announcement that the exhibition will not be returned to Ukraine until the issue is resolved in the court. “To the date the Ministry of Culture of Ukraine disagrees with their position and takes all steps to prevent the realization of this idea. We are planning on returning the collection to Ukraine already in September. If we will not achieve a  mutual agreement on this issue we are ready to argue our position in the court of arbitration”, said the Deputy Minister. She stressed that the situation is not critical, because “the Dutch party does not transfer the exposition neither to us, nor to the territory of continental Ukraine, nor to the Crimean museums”. 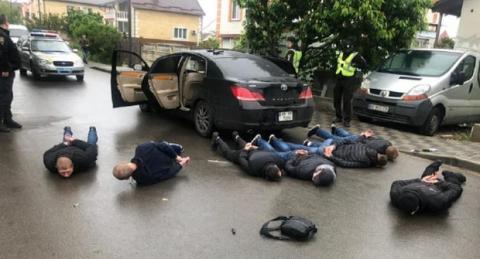