Russian gas monopolist sharply without notification of ‘Naftogaz’ has increased supply of fuel to Europe, as informs ‘Kommersant’. As of information of the European natural gas transport operator transit through Ukraine increased for almost 40 per cents, mainly at the point of change of Velke-Kapushani at the Ukrainian-Slovakian border where supply increased in 2.2 times up to 107.8 million cubic meters. Around 70 % of additional gas went to Italy and the rest to the South Germany. Also ‘Gazprom’ has increased almost twice supply of gas through the Nord Stream, approximately up to 95 million cubic meters per 24 hours. Download of the gas pipeline Jamal-Europe increased for 19 per cents, up to 82 million cubic meters per 24 hours. Additional gas was distributed equally between Germany and countries of the North-Western Europe. Gazprom refused to comment on the grounds of the sharp increase of the supply.

Since September 2014 ‘Gazprom’ has cut supply, having started with Ukrainian direction of the transit. Monopoly counted that it will make the EU to refuse from the reverse gas supply to Ukraine. When in the end of 2014 it became obvious that this method does not work, ‘Gazprom’ has reduced until the minimal levels supply via Nord Stream and Jamal-Europe. The idea provided that Europeans would exhaust gas reserves in the storages and rise prices at the wholesale market: it would make reverse to Ukraine commercially unprofitable and would give Russia an advantage in the negotiations with the EU on various issues. But even reserves in the European natural gas storage (hereafter, the NGS) by the beginning of March dropped drastically, the gas price at the sport has not changed significantly, mainly due to the liquefied natural gas and the expectations for decrease of oil contracts price.

Sources in Gazprom connect sharp change of the policy with the meetings of the 05th March: Prime Minister of Italy Mateo Renzi has come to visit Vladimir Putin while the Head of German Wintershall Reiner Zelle has come to visit the Head of Gazprom Aleksey Miller. Wintershall is one of the oldest partners of Gazprom in Europe, they have been lately also partners of Verbundnetzgas (hereafter, the VNG).  Now VNG has the lowest level of the occupancy of the NGS in Germany (21.8 %), another German partner of Gazprom is a company Ewe has only 23 %. According to the view of the source, Reiner Zelle was convincing Gazprom to increase the supplies. ‘At the spot of Europe too little physical gas is sold, perhaps, Wintershall has not enough gas in order to meet the requirements of the forward contracts,’ – says one of the sources.

During the meeting with Mateo Renzi political consent could be reached, for instance, regarding the European sanctions,’ – suggests another source.

Interviewees in the gas companies consider that the spotted liquefied natural gas in Western Europe can be bought for 250 USD per thousands cubic meters and there is no necessity in Russian gas. Problems might appear in those countries that traditionally were dependent on Gazprom.

Situation became more difficult for Ukraine that has to maintain sharply increased transit by the natural gas storage that has been exhausted during heating period. On Friday Naftogaz accused Gasprom again in violation of the contract, having reminded that the monopoly has no right without prior notification to increase roughly daily flows. As an outcome, the Ukrainian company had to refuse from downloading natural gas storages and return to the gas selection. Moreover, as of information of Ukrtransgaz on 07th March, despite of the warm weather, Ukraine has increased buying Russian gas  - up to 23,5 millions cubic meters per day. If the selection continues, the next prepaid amount should be paid by Naftogaz already today. Availability of prepaid option allows Gazprom to continue supply to Donbas as if within the contract with Naftogaz. Maintaining the transit without buying Russian gas could become very difficult task for Naftogaz, and in case the Ukrainian company due to technological reasons will not be able to perform transit application of Gazprom, Russians can use this fact as prove of non-reliability of Ukraine as a transit route. 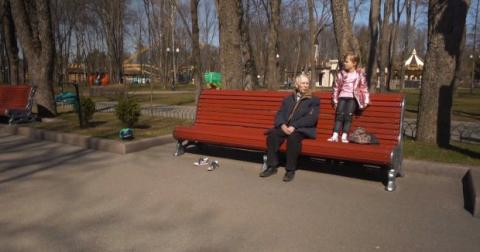